Make Your Flight Better With a Craft Beer 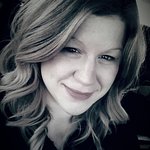 Between turbulence, crying babies, and subpar movie selections, sometimes jetting from point A to point B necessitates a little liquid relief. For beer enthusiasts, reaching for a cold brew from the relative comfort of your aisle seat can be a bit like Groundhog Day: every airline has the same big-brand selections with nary a bitter hop or malty mouthfeel to be found. At least that’s how it used to be. These days, airlines are answering the call of thousands of thirsty patrons by incorporating craft brews into their in-flight menus.

Here are some of the more notable additions:

There’s a definite focus on regional flavor over at Alaska Airlines. While their food menu has a decidedly international feel, you’ll find local classics like Alaskan Amber and Alaskan Icy Bay IPA on most flights while legs that include a stop in Hawaii also include Kona Long Island Lager. Regional flights around the Pacific Northwest see the welcome addition of Pyramid Hefeweizen and Pyramid Outburst Citrus.

In August 2017, American Airline responded to requests for expanded menu offerings with an upgraded menu that included not only new chocolate chunk and snickerdoodle cookies but also New Belgium Brewing’s Voodoo Ranger IPA. Currently the IPA is only available on mainline flights but there are plans to eventually stock the brew on regional routes as well.

This discount airline has a reputation for being no-frills but there are tons of in-flight snack and refreshment options including fun package deals suitable for groups (or an adventurous individual). As far as craft beers go, Frontier has canned selections on board including Fat Tire Amber Ale and Oskar Blues Pinner IPA, or you can mix-and-match and three beers to create a Frontier “Beer Flight”.

Southwest has always prided themselves on hospitality and they once again score major hosting points thanks to sudsy craft beers like Lagunitas 12th of Never Ale and Fat Tire.

Fly United and, depending on the flight, you may be able to choose from tantalizing selections including Samuel Adams Seasonal beer, Blue Point Brewing Company Toasted Lager, and New Belgium Voodoo Ranger IPA. As with many other airlines, United’s drink menu often change seasonally.

Gone are the days of settling for funky tap water and a mini packet of stale peanuts at 50,000 feet. With so many airlines upgrading their drink menus other outlets are sure to follow suit, making the skies very friendly indeed.