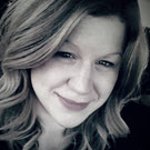 Long before passengers were hopping on 747's for a long-haul over the Pacific, the site currently known as Los Angeles International Airport served as a general aviation field for both private use and military use during World War II. In the 1920's, on land formerly used to grow staple crops such as wheat, barley, and lima beans, aviation pioneers constructed a makeshift airstrip that would one day become a thriving center for travelers from all over the world.

These days, LAX handles some 80 million passengers annually, a huge task requiring a massive workforce that accounts for approximately 5 percent of all jobs in Southern California. It's the fifth busiest airport in the world serving as the gateway for travelers entering and exiting the west coast of the United States.

LAX: International Travel by the Numbers

Most foreign carriers at LAX operate out of the airport's Tom Bradley International Terminal, often referred to as TBIT or Terminal B. In addition to U.S.-based American Airlines, United Airlines, and Delta Air Lines, all of which schedule at least some international flights in addition to their domestic loads, TBIT is home to 80 airlines (current as of this writing) including Aeroflot, Air France, British Airways, Cathay Pacific, Emirates, JAL, Lufthansa, Qantas, and Singapore Airlines.

This wide-ranging list of carriers and destinations has translated into record-setting traffic for LAX; some 9.5 million international passengers passed through the airport from January to May 2017, an 11 percent increase over the same period the year before.

Oh, the Places You Can Go

International carriers operating out of LAX carrier passengers to locations all over the globe. Major carriers like Air France, Virgin Atlantic, and Lufthansa transport passengers to Europe and the UK, while Philippine Airlines, Singapore Airlines, and Cathay Pacific are a few of the carriers that run back and forth from Los Angeles to Asia. From South America to Tahiti, South Africa to Iceland, there is literally no dream vacation spot or important business hub that can’t be reached with LAX as your starting point.

Those departing from or arriving at LAX from international destinations will most likely travel through LAX's TBIT. In addition to the 28 gates that give planes a temporary resting place between flights, the terminal houses an expansive network of restaurants, retail shops, and lounges where passengers can while away the hours after clearing state-of-the-art security measures, immigration, and customs. For last minute gifts or fortifications for upcoming trips, a 25,000-square-foot duty-free shop stocks everything from booze to boutique fashion.

In December 2017, LAX launched a massive expansion effort in the form of a $1.6-billion new passenger terminal that will add twelve new aircraft gates. The build-out, which is expected to reach completion in 2019, will help replace satellite gates that currently force passengers to deplane onto the tarmac before bussing to the main terminal. These changes are all part of a collection of proposed upgrades that also include airfield improvements such as new taxiways and a new ramp tower, an elevated people mover, a consolidated car rental facility, and a new light-rail line that will take riders from nearby Los Angeles County public transportation lines to the car rental facility, a proposed transportation hub, and LAX itself.